The town of Liliw was known before as “Magguap”. It was established in 1571, 50 years after the Spaniards had set foot on the archipelago. Liliw’s location is relatively high, standing about 1,200 foot above the ground. Gat Tayaw was the one who established the town of Liliw. He has a monument now at the heart of the town. 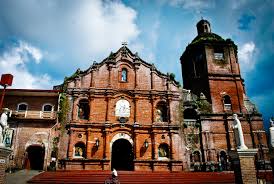 Gat Tayaw is the eldest son of Gat Tapaya. He led the town for 34 years. In that span, he has divided the town into 4 barangays. He has appointed Bansalan to take charge of Ilaya, Barangay Oples to Mandig, and Little Liliw to Pascual Humanda and Liliw Grande to Don Juan Masulong.

When the town was first established, Gat Tayaw has called for an assembly for the selection of the name of the town. The townspeople placed a bamboo pole at the center of the municipality and posted guards around. People can come to this outpost and suggest names. On the 7th day, a bird perched at the bamboo pole and sang “ILIW, ILIW, ILIW”.  The oldest one among the guards shouted “Liliw, Liliw, Liliw”. The other guards repeated after him. And so, from then on, the town became known as Liliw.

HOW TO SITE THIS (MLA format):